Why the Daria Reboot Will FAIL! 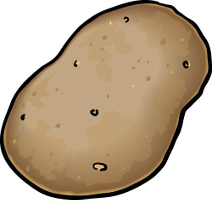 Short Link
Why the Daria Reboot Will FAIL!

Daria was a late 90's and early 2000's animated sitcom with elements of satire and sarcastic humor that entertained millions. The show ended when Daria went to college, and that's where it should have stayed! Instead, MTV is going to reboot Daria and put it on Hulu for the world to see! Maybe its just this controversy with Roseanne that has my jimmies rustled, but I have a bad feeling about this! Daria might get political, the characters might not be faithfully recreated, or a voice actor could have a dark past that gets the entire show scrapped!

The Daria reboot will fail because too many things have changed since then! Now there's always a chance I could be wrong, and people will watch the inferior new Daria show... But regardless, I stand firm in saying the Daria reboot will be a flop! A failure! A mistake! Poor Daria, never stood a chance against the MTV executives...

Copyright Disclaimer
Under Section 107 of the Copyright Act 1976, allowance is made for Fair Use for purposes such as criticism, comment, news reporting, teaching, scholarship, and more. No copyright infringement intended.

The clips used in this video are brief and edited, usually with narration playing over it or showing amounts needed to make my point. I do not own or claim to own the rights to footage. This video is considered Fair Use by YouTube and Federal Copyright Law. For further proof and information on Fair Use, please refer to:
https://www.copyright.gov/fair-use/more-info.html

Please do not attack, bully, or harass anyone you see in the videos. That is not the intended purpose.

Rob Riggle receives the Spotlight Award at the 2018 Catalina Film Festival at the Catalina Casino in Avalon, California on Friday, September 28. http://themoviereport.com Follow me on Twitter: http...

Hello everyone, my name is Don Joe.. This is Life of a Don Joe Episode 2 &amp;quot;Mating Season&amp;quot;. Id like to thank my narrator Keith Clement once again for handling my nonsense... My...

When I was 10 years old, I wrote a fan letter to George Lucas proposing an idea for Star Wars: Episode 7! This is what happened! Follow me on social media @AndyxInfinity Soundcloud - @FilthyAndy666...

Counter-Signal memes, also known as smuggies, are political caricatures drawn by amateurs across the web. As a general rule, these memes require esoteric knowledge that most people lack, which is why ...

In 2014, there was a large ebola outbreak in Africa that caused panic and chaos across the region. Due to journalistic malpractice, this problem was blown completely out of proportion by western media...

WarmPotato 763 views
Why the Daria Reboot Will FAIL! 3 years ago 3 years ago

Why the Daria Reboot Will FAIL! Daria was a late 90's and early 2000's animated sitcom with elements of satire and sarcastic humor that entertained millions. The show ended when Daria went to coll...

Owen Benjamin is a complex character. Once a hedonistic hollywood hoe, now a conspiracy theorist rural family man - all I can do is marvel at the insane 180 turn he took with his life. But maybe, that...

The History of Youtube's Volunteer Flaggers 0    0

The History of Youtube's Volunteer Flaggers Youtube's Trusted Flagger Program originated in the Youtube Deputy Program of 2012. It was only recently in 2016 that the trusted flagger programme got a...