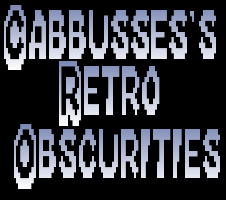 A demo of Toshinden from DemoDemo Playstation. Some latter volumes include the same demo.

The playable characters include Eiji, Mundo and Ellis.

on the Character select screen, character portraits are different from the final release (much like Otanoshimiban, except not joke placeholders.)

The camera also seems to work more like it does in Otanoshimiban than in the final game, as it doesn't conclude matches with a portrait view of the winner yet. In fact, it may be safe to say this build is probably closer to Otanoshimiban than final.

A short, one-level demo of Jumping Flash seen in many of the early DemoDemo Playstation volumes. Unlike the Taikenban, there's no boss act. YouTube is telling me to tell people to join and become a...

switchblade | free to play arena based vehicle action game! (game of the year) 4 years ago 4 years ago

Welcome to Dino Frontier, a virtual reality video game on the PSVR! Dino Frontier lets you build and manage a frontier settlement in a world where the wild west and Jurassic collide. You assume the...